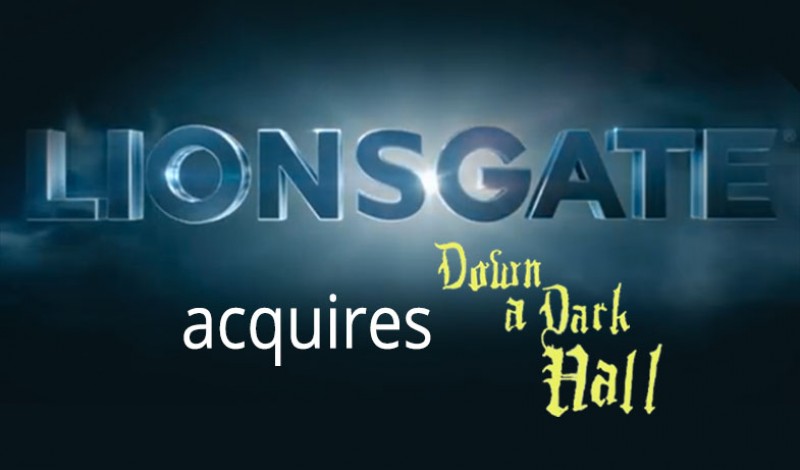 Lionsgate has acquired rights to the project “Down a Dark Hall” which Rodrigo Cortés will direct.  The film is based on the 1974 young adult best-seller from author Lois Duncan (I Know What You Did Last Summer).  Screenwriter Michael Goldbach wrote the original adaptation for the screen, and Chris Sparling (Sea of Trees, Buried) has come aboard to also write on the film.

Stephenie Meyer, author of the Twilight novels, and Meghan Hibbett will produce via their Fickle Fish Films along with Temple Hill Entertainment’s Wyck Godfrey and Marty Bowen.  Meyer optioned the book last year and brought on Goldbach to write the adaptation.

The supernatural suspense novel follows Kit Gordy, the newest student at the exclusive Blackwood Boarding School.  It is the opportunity of a lifetime, but Kit quickly realizes something strange is happening behind its walls as she confronts the darkly seductive powers of Blackwood’s headmistress and comes face to face with the supernatural powers that could make her great or destroy her.

Temple Hill Entertainment most recently produced Fox’s critically-acclaimed hit film The Fault in our Stars, starring Shailene Woodley and based on the John Green best-seller.  Temple Hill also produced the Twilight Saga film series.  Other credits include Dear John, Safe Haven, Everything Must Go and The Nativity Story.

Rodrigo Cortés directed Buried which starred Ryan Reynolds and premiered at Sundance where it sparked a bidding war and was bought by Lionsgate.  He subsequently directed the thriller Red Lights which starred Robert De Niro, Sigourney Weaver, Cillian Murphy and Elizabeth Olsen.