Behind the scenes of MASQUE Twilight Short Film 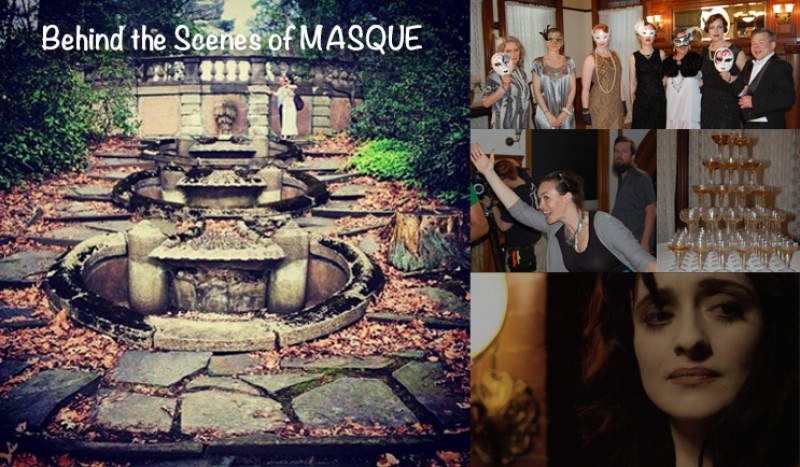 Why did you decide to enter as a Wildcard entry? 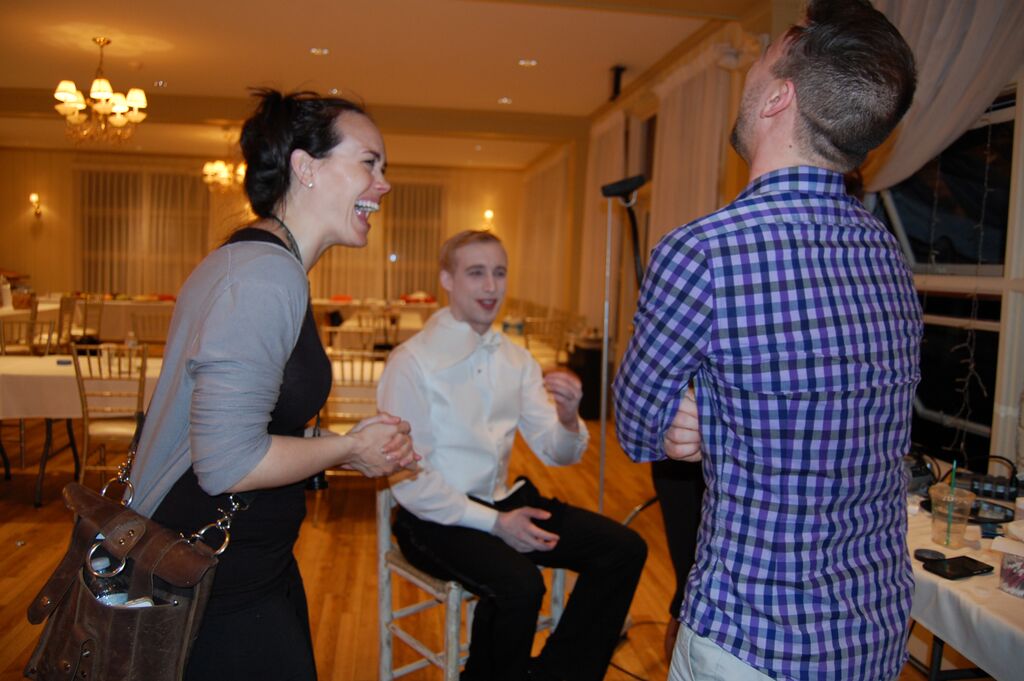 Cate, the director, laughing with Alex and “Carlisle”

We weren’t planning on submitting a wildcard because we thought it would be too difficult to achieve the same level of quality as the finalists who received studio funding and had more time to complete their films. However, we had a lot of encouragement and support from other directors/writers, as well as the Tongal team, and once we found out how close we came in the director pitch phase, decided “Let’s do it. It will be hard, but we have to try!”

Where did you shoot the film? 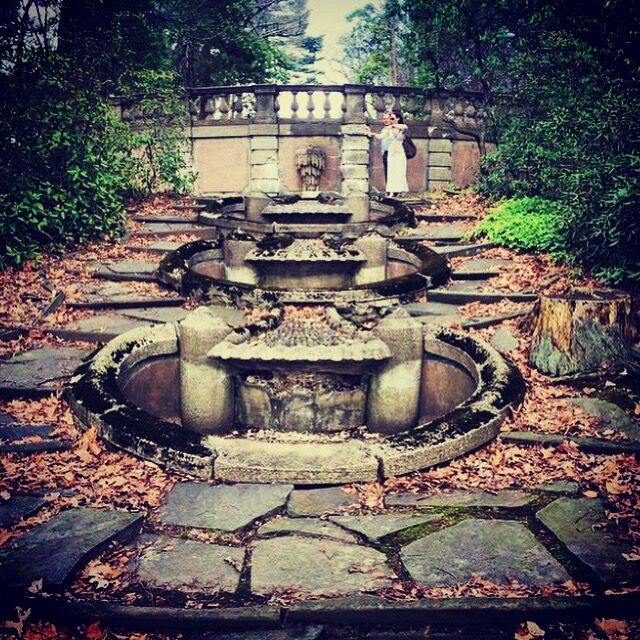 Over the course of a month, we must have scouted over 50 different locations. But in the end, we found two gems in North Andover, MA. Eric Kfoury, Community Development Manager, was SO accomodating and not only enabled us to use the amazing Stevens Estate (which he oversees), but helped us find our garden location at beautiful Rolling Ridge. We also set up a green screen studio in a warehouse, thanks to Plasse Masonry, where we shot all of our cliff scene footage. Finally, my backyard was used for the picnic scene.

You have incredible costumes in MASQUE. Tell us about the costuming process. 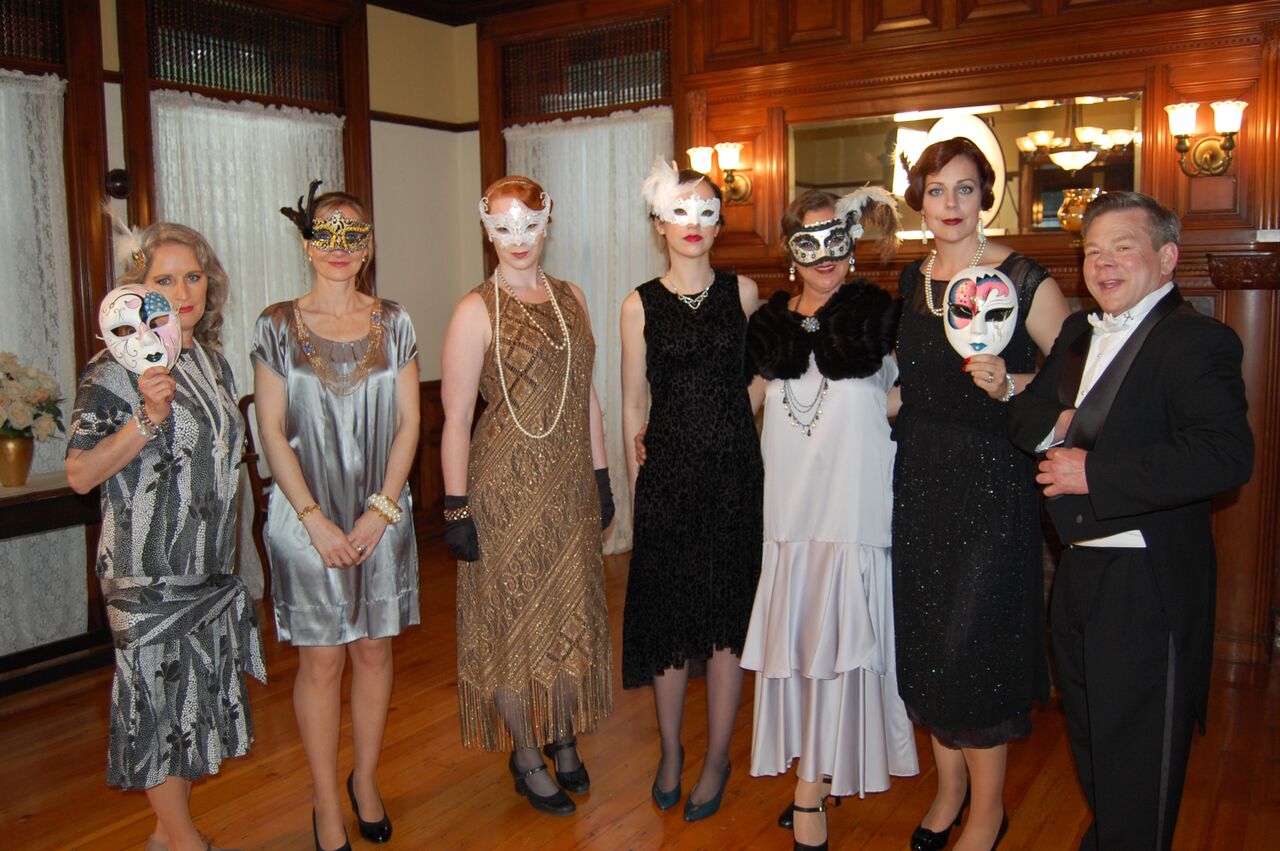 Since we didn’t have a sizable budget to create original costumes, countless hours were spent scouring the internet for period correct pieces. We knew that having 30 background actors at the masquerade would be tough, so we found some costumes that weren’t original to the time period, but seemed like they were. We sprinkled them in, added accessories, and carefully blocked our actors and camera to accommodate it. Some of our tuxes came from a tux rental shop and others were rented from theaters and schools. Crew members also donated accessories, and thrift shops were raided. Finally, we had two seamstresses that altered Esme’s masquerade dress to make it more unique and original, including the hand beaded neckline.

How many actors did you see before you cast your leads? 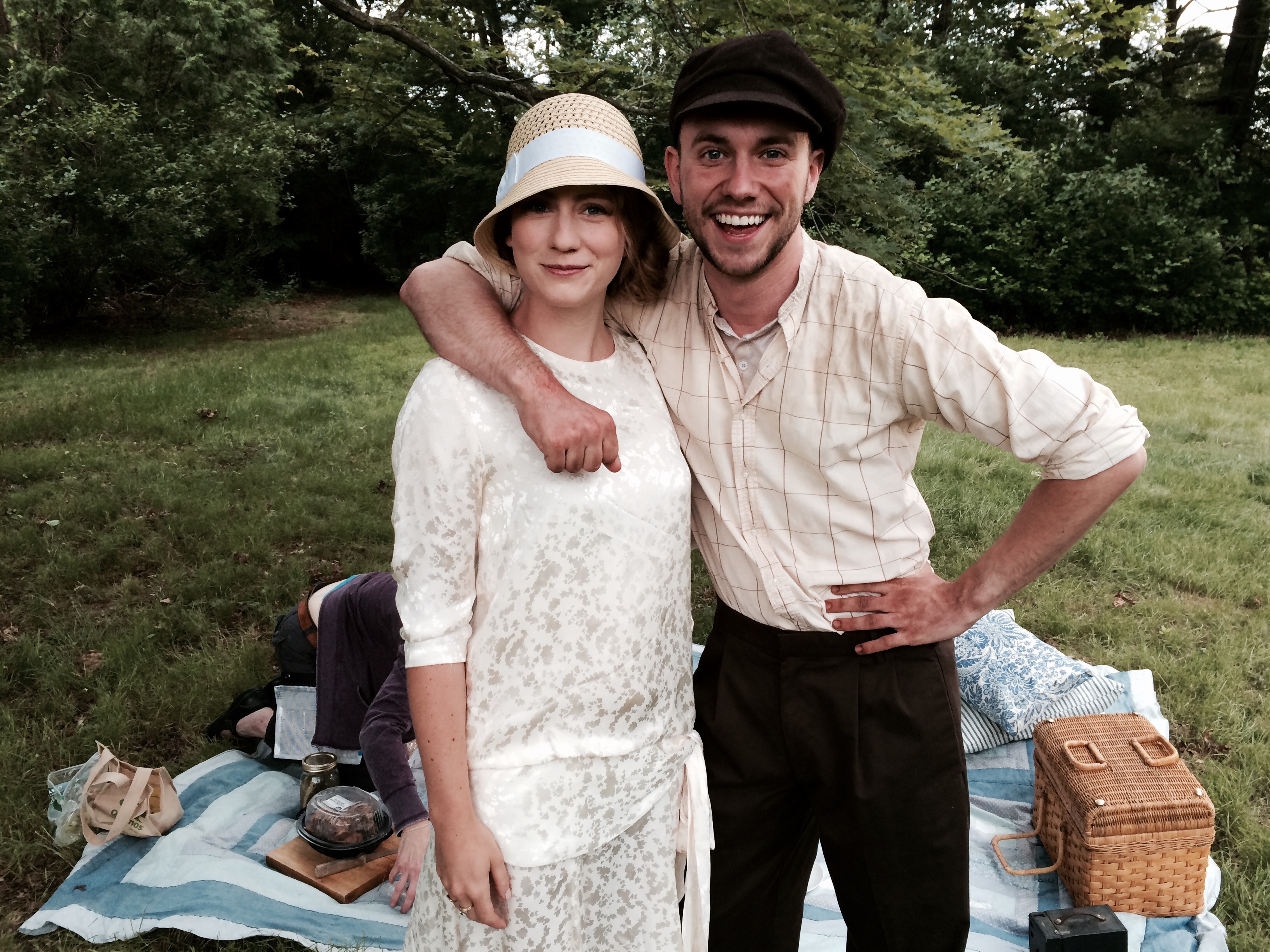 We probably saw a total of 40-50 actors overall, but we also had to move quickly with casting so the first round of auditions was actually done via video submissions. We had actors from both the New England area and New York. When we auditioned Sara and James for Esme and Carlisle, we were so relieved! We felt they most closely embodied the essence of the original written characters. 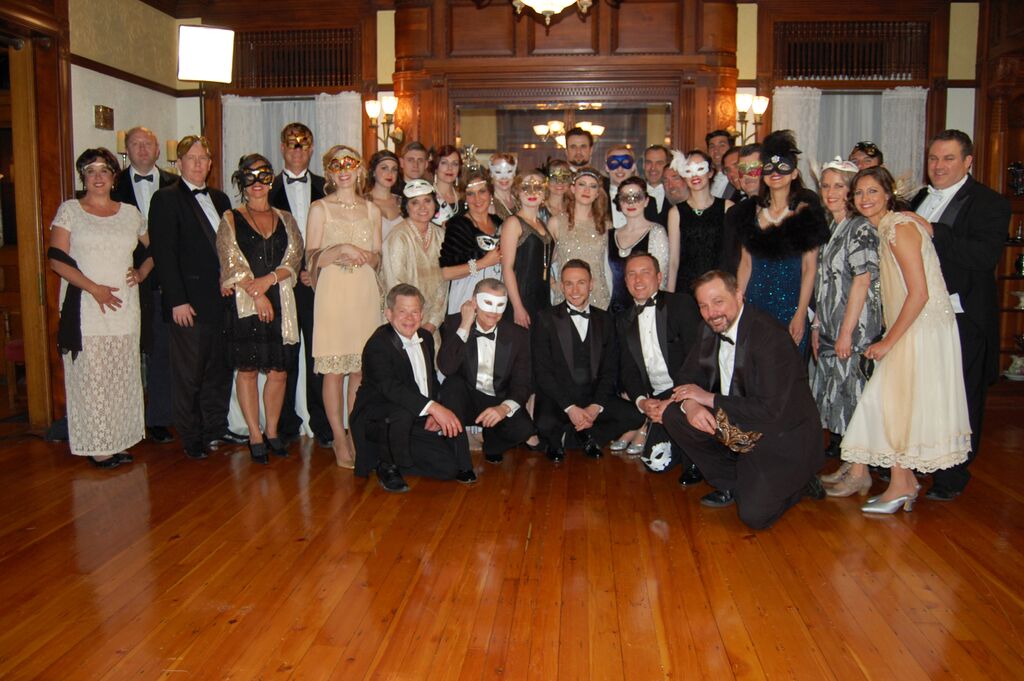 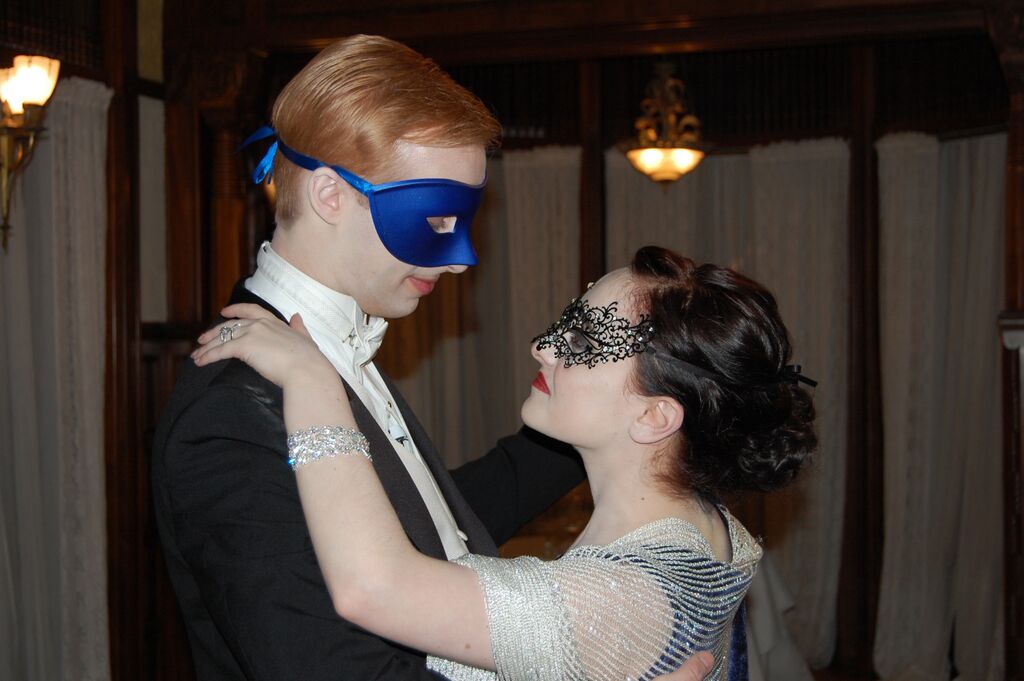 What’s the best part about being a part of this Twilight world so far?!

Having already been a fan of the series, I knew there was a built-in audience for “Masque”. But that made it equal parts scary and exciting. It was our chance to create something that fit into the Twilight world, but could also potentially expand the audience with our approach. We have received so many wonderfully rewarding comments and reviews from all ages, and a surprising number of males as well that really solidified this concept. 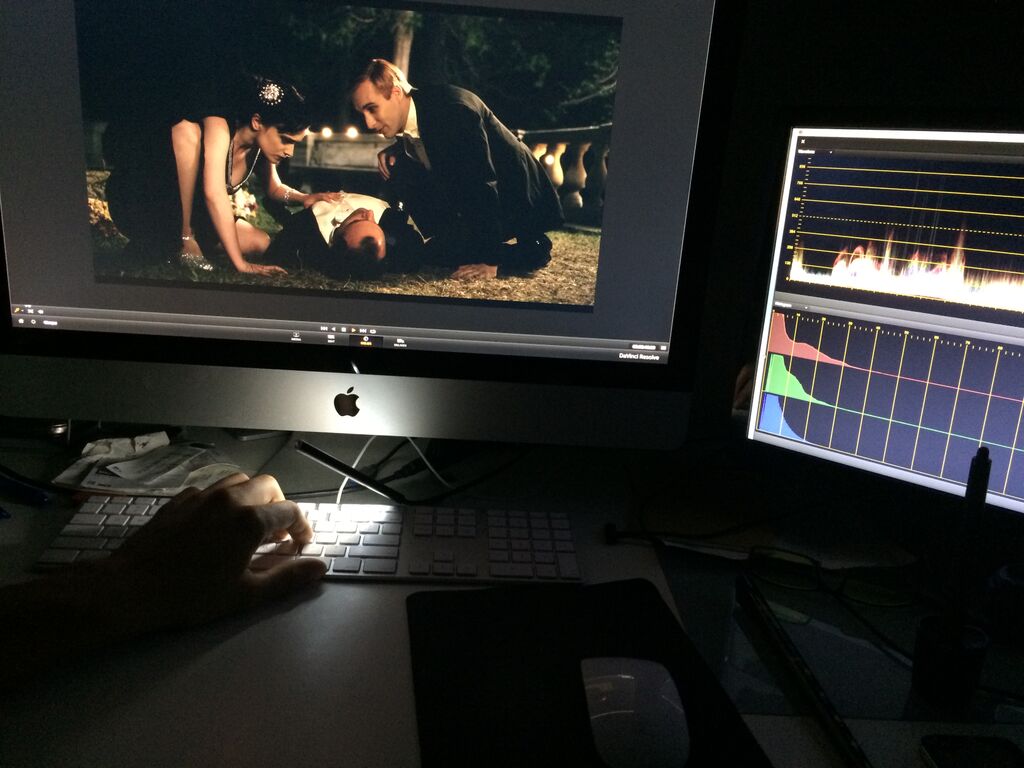 In the editing room

The overall experience has been unbelievable because the competition provided an opportunity for women in film, and let us into not only the Twilight world, but also opened potential avenues in film. It helped us believe we really can pursue our careers, despite the staggering statistics. Attending the Crystal and Lucy awards was so inspiring- to witness other female filmmakers supporting each other, leaving words of wisdom, and sharing experiences- it was nice to be a part of that.

I want to extend a big thank you to Stephenie Meyer, Megan Hibbet, Gillian Brown, all the executives at Lionsgate, Cathy Schultz, Michelle Kramer-Pino and Women in Film, as well as the mentors and Tongal staff for making this opportunity a reality. Whatever happens, it’s been the right step toward my future as a director, and so very rewarding.