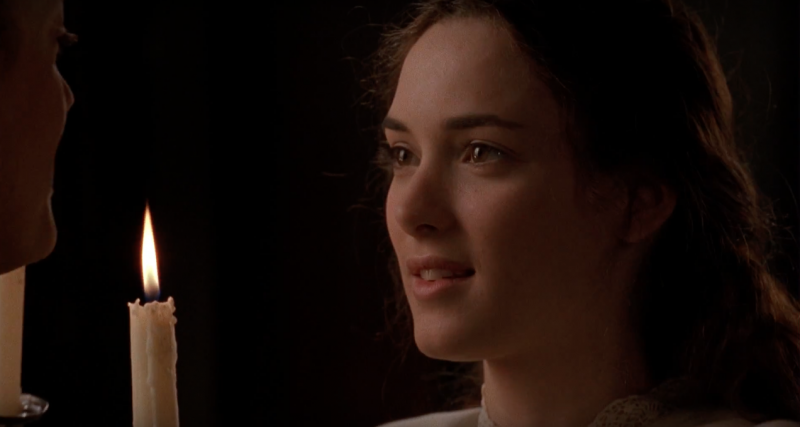 Everyone has holiday traditions that get them in the mood of the season. Baking the cookies you always used to make with your Grandmother, pulling out the ornaments that have hung on your tree since childhood, or maybe drinking some hot chocolate out of your favorite holiday mug. Movies are a big part of that, and whether they’re more recent releases or decades old, it just doesn’t feel like Christmas until you’ve watched your favorites!

Here are a few of our favorite Holiday Movies here at Fickle Fish!

Down A Dark Hall

The holidays can be tough. Waiting in long lines everywhere you go, way more baked goods to make than you have time for, hearing that one Christmas song you can’t stand on the radio what feels like every five minutes. Sometimes you need a little break to just get away from all of it, and what better way to do that than with a movie about a paranormal boarding school that will shake you down to your very soul, right?

It may be the Christmas season, but as Tim Burton says, “Every day is Halloween, isn’t it? For some of us.” Much like his The Nightmare Before Christmas, this movie is more commonly associated with a spookier time of year, but if Die Hard counts as a Christmas movie because that’s when it takes place, then so does Edward Scissorhands. A whimsical modern day fairytale, it touches on family, acceptance, and the power of love. Plus those ice sculpture flurries are some serious wish fulfillment for those of us that live in places too warm for snow!

Cynical adults coming around to believing in Santa is a common theme in Christmas films, but none take it quite as far as Miracle on 34th Street. There’s an official trial to prove whether Kris Kringle (and also “kindness and joy and love and all the other intangibles” ❤️) is the real deal or a fake, it doesn’t get much more official than that. Admittedly, to someone who has never seen it before, a Christmas movie/legal drama hybrid doesn’t sound like it’d be the most enjoyable holiday film, but it’s still popular after all these years because it’s so heartwarming.

Charles Dickens’ A Christmas Carol has been adapted many times, and Scrooged is one of the most unique interpretations. Perfect for the years you’re having a tough time getting into the holiday spirit, it’s been called “the perfect holiday movie for bitter, reluctant, closet Christmas lovers.” Plus, it’s almost impossible to go wrong with Bill Murray.

Rudolph gets all the love. He has a song, that claymation special, and an instantly recognizable nose. But even without that glowing red snoot, Prancer is such a lovable classic for all 90s kids that watching him bond with a sweet little girl always provides those warm Christmas fuzzies. What little kid didn’t also leave out carrots for the reindeer so they’d have something to eat while Santa had milk and cookies?

There’s not a single person who’s seen this movie who hasn’t wanted to, at least a little bit, hop on the first plane to Connecticut to have a snowy New England Christmas. Picturesque setting aside, it perfectly captures how even the most tight-knit family can push each others buttons. Funny, smart, and tragic, The Family Stone is the movie you have to watch every year even though you know it’s going to make you cry at least four times.

Meet Me in St. Louis

One of the aforementioned times The Family Stone makes you cry is when Elizabeth Reaser’s character Susannah tearily watched Meet Me in St. Louis on television. There have been countless cover versions of “Have Yourself A Merry Little Christmas” since it was written for and appeared in this movie, but it goes without saying that nobody touches Judy Garland.

Anyone who says they’ve never slapped their hands on either side of their face and screamed like Macaulay Culkin in Home Alone isn’t telling the truth. And if you’ve flown through Chicago’s O’Hare airport, you’d be lying if you weren’t humming “Run, Run, Rudolph” as you fake (or real)-sprinted through that hallway with all the flags.

“Buddy the Elf, what’s your favorite color?!” This is a modern classic that’s spawned a thousand memes and gifs, and it’s not really Christmas until you’ve quoted your favorite lines from Elf along with the TV. This movie is only 15 years old, but doesn’t it feel like we’ve all been watching it forever? This truly is one of the rare Christmas movies that can be enjoyed equally by both children and adults.

Sigh, we saved the best for last. Louisa May Alcott’s Little Women was a quintessential read for us as young women. Plus we had the BBC version on TV to watch as we were growing up. But the adaptation for film in 1994 has a special place in our hearts.

From Winona Ryder’s incredible performance as Jo, to a hunky, young Christian Bale as Laurie, to the scenes of the sisters singing Christmas carols around the piano, which is giving us goosebumps as we write this, Little Women is sister-goals (except for the boyfriend-stealing part), and up there at the top of our Holiday Movie favorites!