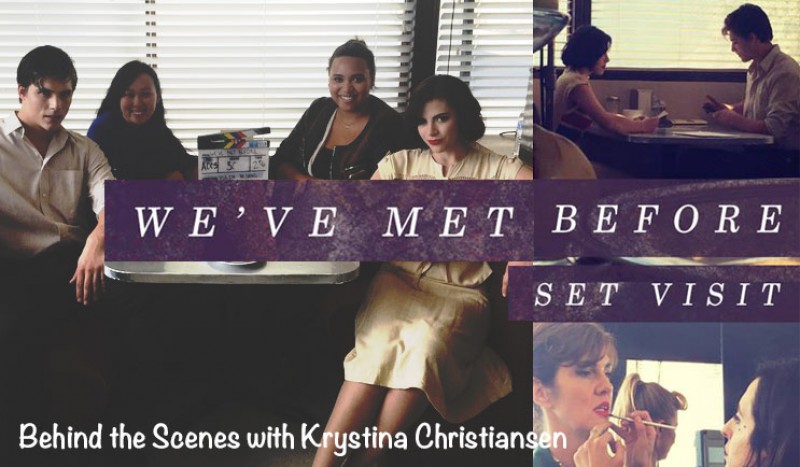 Back in May I had the incredible opportunity to visit Yulin Kuang’s set of “We’ve Met Before.” As a filmmaker myself, it was a new experience to be able to visit a set where I could sit back, observe, and learn from some fantastic talent.

I was greeted in the morning by a wonderful driver who took me on a mini road trip through a part of Southern California I don’t even think I knew existed. After a few windy roads inching past numerous cyclist groups, we made it to set! I saw that they were filming outside and my initial filmmaker reaction was, “Oh no. We’re going to ruin the sound. The sound guy (or girl) is gonna hate me.” Luckily they were just going through some final blocking and a car rolling up was the least of their concern as it was raining.

As we all well know, California is going through quite the drought and we don’t get much rain, so we make it! And there is a very specific process. I got to chat with a few of the “water guys” and they explained how they set the entire rig up. I got a quick lesson in water including what type of water you are supposed to use for film in order for the droplets to show up on camera. There are even specific techniques depending on how heavy or light you want the rain to be. For example, instead of spraying the water directly down, they spray it up and then let it fall naturally. Am I boring you about rain? Sorry, I’ll move along… clearly I was fascinated as you can see! 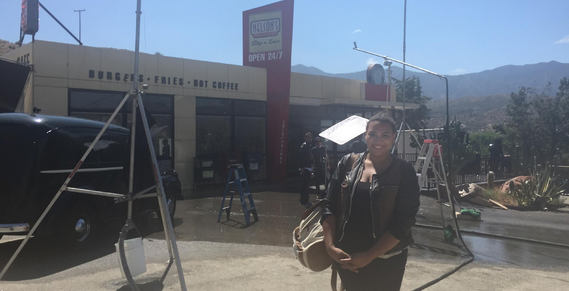 After marveling at the rain rigs, my 2008 throwback teenage heart was thrilled to see the stunning Maddisyn Carter and Liam Johnson as Alice and Jasper. They looked phenomenal! The entire cast and background looked so good. Shout out to Krista Jee and Eden Mills who tackled hair and makeup! 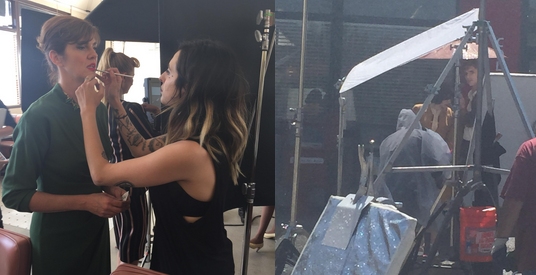 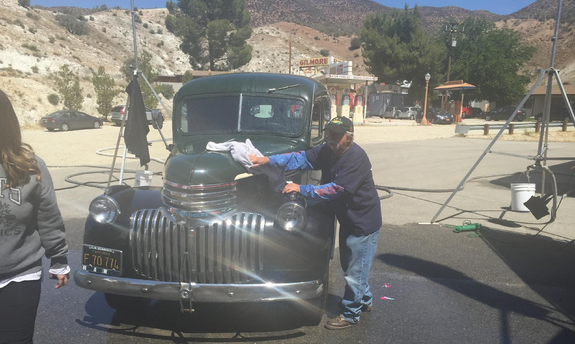 After wrapping up outside, Yulin brought the crew in to start on the interior diner shots. There, I got to talk with Liam and Deverau Chumrau (Betty) who are the most humble and pleasant people.  We chatted about our backgrounds in film and Liam’s uncomfortable eye contacts. I also got to chat with the background actresses including Taylor who had worked with me on my film a week before! Small world! 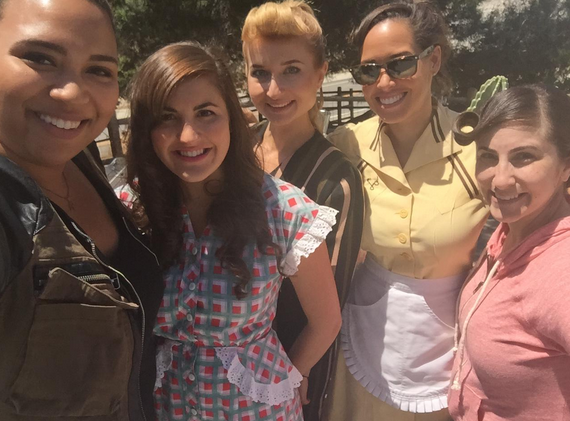 After lunch I had the pleasure of sitting down with the very talented director, Yulin Kuang where we talked about how she got involved with the project and why she loves fandoms. 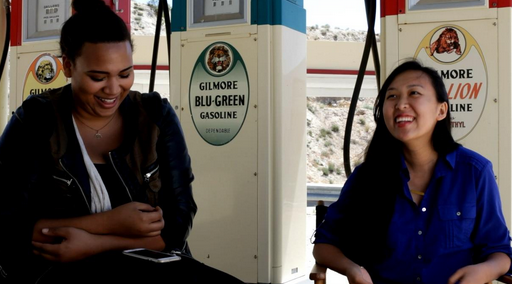 “I really love passionate fandoms because that means when you’re making something for the audience you’re not just throwing it into a vacuum. You’re giving it to people who actively, passionately care about it. As a creator that’s just the coolest thing I could ask for.”

Lastly, I had to ask what advice she had for aspiring filmmakers because clearly home girl is doing something right!

“Start now! I grew up thinking I wasn’t what a director was. [I thought] I didn’t look like a director or didn’t act like a director and then I realized it doesn’t really matter what that image or picture is. If you’re going to do the thing then you are the thing.”

Watching Yulin work on set was great. She is particularly good at keeping her cool in what can be a very stressful, fast paced environment. Whenever an urgent question or request was thrown her way, it didn’t faze her. She took her time to make a executive decision versus throwing out an answer to save time. Just one glimpse inside and you immediately notice her attention to detail. All in all, you can tell when someone absolutely loves what they do and she exemplifies that. Plus she’s crazy talented! If you haven’t checked out her other films, you should. I particularly loved “The Perils of Growing Up Flat-Chested” which she both wrote and directed.

Back on set I was blown away with how talented Maddisyn, Liam, and Deverau are. They’re all such a delight to watch and Yulin did a great job of capturing their performances. While the crew did their thing I walked around admiring the production design and props while taking a few photos. 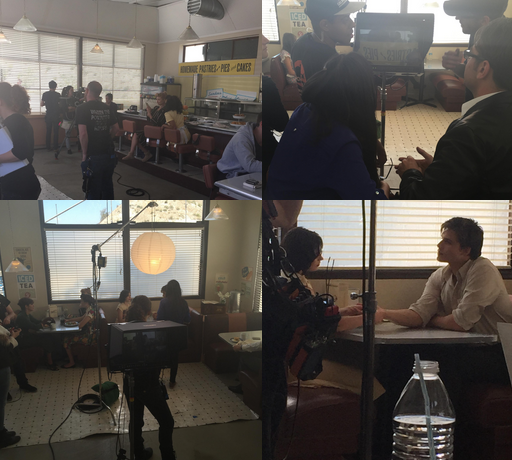 And just like that my visit was at an end. Before I left, I grabbed a quick photo with Yulin, Maddisyn, and Liam. 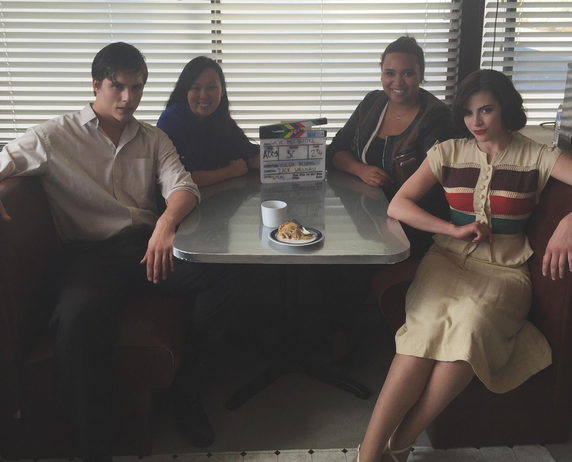 I had such a blast visiting this set and am so grateful to Yulin for allowing me to crash the set of We’ve Met Before for a day. A big thank you to Fickle Fish, Lionsgate and Women in Film for providing an outlet for up and coming women filmmakers. And of course, thank you to Stephenie Meyer for sharing your works that have continuously inspired so many – myself included – to lead a creative life.